His Provocative Ideas About the Middle East

Albert Einstein thought and wrote extensively not just on the most difficult problems in physics, but also in politics. For the first time, this book collects

his essays, interviews, and letters on the Middle East, Zionism, and Arab-Jewish relations.

Many of these have never been published in English, and all of them contradict the popular image of Einstein as pro-Zionist. He was offered and refused the Presidency of Israel, but had he taken it, he may have said things the Zionists didn’t want to hear; he favored a non-religious state that would welcome Jew and Palestinian alike.One person’s letters, even Einstein’s, cannot resolve the crisis in the Middle East, but decades later, when horrors of the conflict in the Middle East are familiar to everyone, the reflections of one of the twentieth century’s greatest thinkers are a signpost, showing his commitment to social justice, understanding, and friendship between Jew and Arab.

“Einstein on Israel and Zionism is a welcome and necessary contribution to the discussions about the Middle East crisis. You do not have to be a genius in order to understand the gravity of the situation, but it is essential to listen to one, especially if his name was Einstein. His thoughts make for fascinating reading, allow us new insights into the mind of one of the 20th century’s greatest thinkers and remind us that it is never too late."

-- Avraham Burg, author of The Holocaust is Over; We Must Rise From Its Ashes

Witness Stories from Palestine and Israel 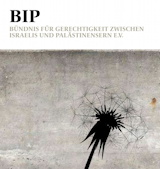 WE Are Not Numbers